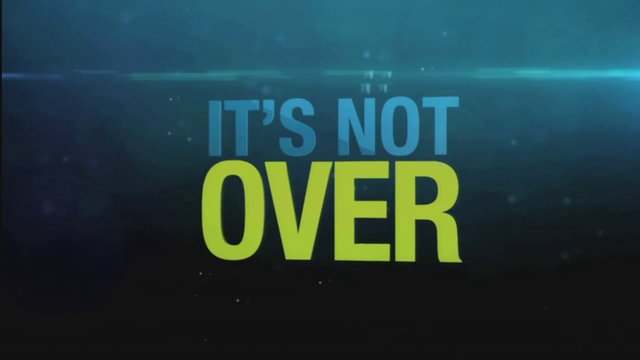 It’s not over. It is not done yet, says the LORD. You have not crossed the finished line yet. You can’t put down the sword and the shield yet. I have fully equipped you to complete every assignment that I have given you to do, and I Am not finished with you yet. The finals are not in yet and you are to engage. Keep pace with Me, for I Am your Captain, making the commands and ordering your steps. I Am your rear guard. Don’t give up, for there is yet more for you to accomplish, says the LORD.

I Am with you to give you GOOD success as you obey My voice and follow My lead, says the LORD. I will never lead you into a trap or take you around in circles. It is straight ahead. FORWARD! MARCH! This is not a game where the winner takes all. It is a battlefield, and I have made you a mighty warrior. Don’t turn back. Take the sword of My Spirit and engage in the battle, though it is hot and fierce. I have made you the undefeatable champion, regardless of the weapons of the enemy and the numbers in his troops that rise up against you. They shall not prevail against you. With Me you will destroy the diabolical works of the enemy, dismantle his weapons and push him back. With ME you will enforce My kingdom and raise My flag as you conquer then enemy, release the hostages that he has kept in bondage, and claim new territory for My kingdom, says the LORD.

23 Responses to It’s Not Over