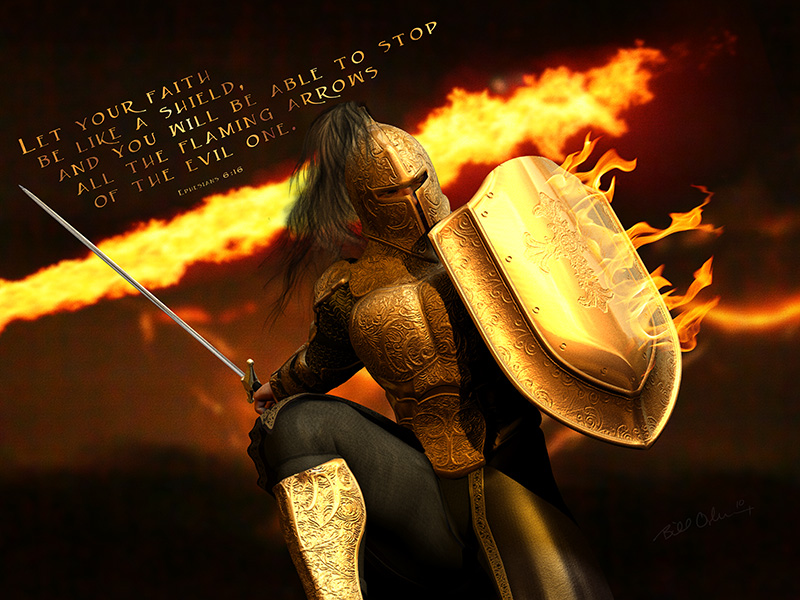 Your trophy will not be the sword of the enemy, as David of old took from the giant, Goliath, and cut off his head, says the LORD. Your trophy will be MY SWORD of MY SPIRIT, that defeats the enemy, cuts off his head, and destroys his weapons. For the giant’s sword is smaller than Mine. You will not carry the sword of another to defeat the enemy, and their armor will not fit for you, even as King Saul’s did not fit David. He had not tested them, and they would not work for him. As He learned to arm himself in Me as he was being prepared to be a king! He was being shaped to become a leader of My people. He was using My sword and shield, that were superior and infallible, says the LORD.

As you arm yourself in Me, and use the spiritual weapons that I have given you to use that are mighty through Me, to the pulling down of the strongholds of the enemy, they will become your trophies, says the LORD. My sword and shield will be your greatest trophies on display for everyone to see, for they will be tried and true. They will not be put in some museum for others to ooh and ah at, but you will continue to use them. They are most precious and powerful, and you will become a sign and a wonder for others to observe, says the LORD.