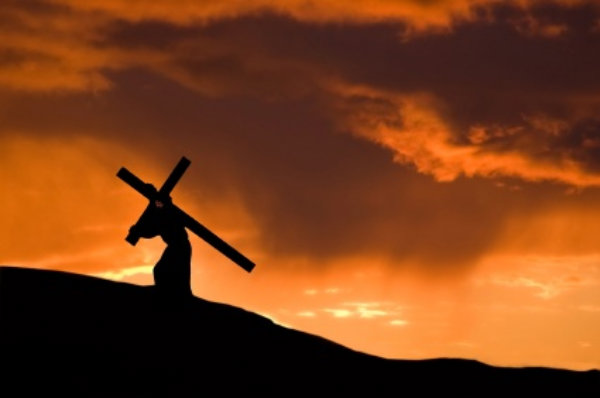 This day we name, GOOD Friday, as we commemorate the death of Jesus Christ on the cross. Some of you in America may remember that from noon until three p.m. the stores and banks were closed because those were the hours that Jesus hung on the cross. It was also rare to see a store open on Sunday. They were called the “blue laws”. They were not written, but observed “laws”. Those days were very different than the times we are now living in. Oh yes, for the GOOD old Days that perhaps are GONE FOREVER.

BUT WHAT REMAINS is faith in the finished work on the cross, It was NOT good for JESUS, for He wanted the Father to find another way to redeem fallen man. He prayed three times in the Garden of Gethsemane that the bitter cup would pass from Him. Yet, He surrendered to the will of the Father. He considered it light affliction compared to the glory to come. He saw us, washed in His blood, reinstated in the presence of GOD, accepted, forgiven, cleansed, and SAVED. He saw us standing before the Father, with exceeding joy, as He presented us to Him, righteous, pure, sanctified, holy, and forever children of GOD that became sons of GOD through our faith in Jesus, and His substitutionary death on the cross for us.

We have been given eternal life because of His excruciating, shameful death. We were given peace, as HE became our peace. As He hung on the cross, He saved an unworthy thief, a doubting Thomas, a denying peter, and ten other disciples and other followers who forsook Him. He vowed to NEVER leave us nor forsake us! He knew the cost, and was willing to do it. The perfect Lamb of GOD became perfect salvation, redemption, sanctification, Justification for us. He took our place.

The sinless, spotless one became sin for us, so that He could give us His righteousness, simply through faith in Him and what HE accomplished for us on the cross. It was bitterness for Him, and that bitterness became the sweetest and most holy and precious gift to us….eternal life, through Jesus Christ, Our Lord.

We rejoice in our Redeemer, who is NOT dead, but alive forevermore. WE will celebrate Easter this Sunday, commemorating Jesus’ resurrection from the dead. He said, Because I live, you shall live also.

How great it is to be born again! Saved! Redeemed! Rescued! On that OLD RUGGED CROSS he also bore our sicknesses, pain, sorrow, grief. By His stripes we were healed. Every provision was made for us for time and eternity, because of the cross.

We proudly wear emblems of the cross around our necks, ears, bracelets, and even tattoos. Sometimes they are made of precious metal: gold, silver, and are jeweled and beautiful, costly. But the greatest cost was the blood stained cross of Christ. It was NOT pretty. IT was painful, terrible, and bloody. He suffered on the cross to eliminate ours.

Today we are mindful of the suffering of Christ, and His sacrificial death. We do so in tears, knowing that the cost of what He freely gave us was a terrible price to pay. We bless His worthy NAME, and because He died for us, we choose to LIVE FOR HIM! GLORY to the matchless name of JESUS, Our Savior, Our Healer, Our Provider, Our Deliverer, Our Master, our Lord and our GOD, and Soon Coming King!

The Glory of GOD Revealed