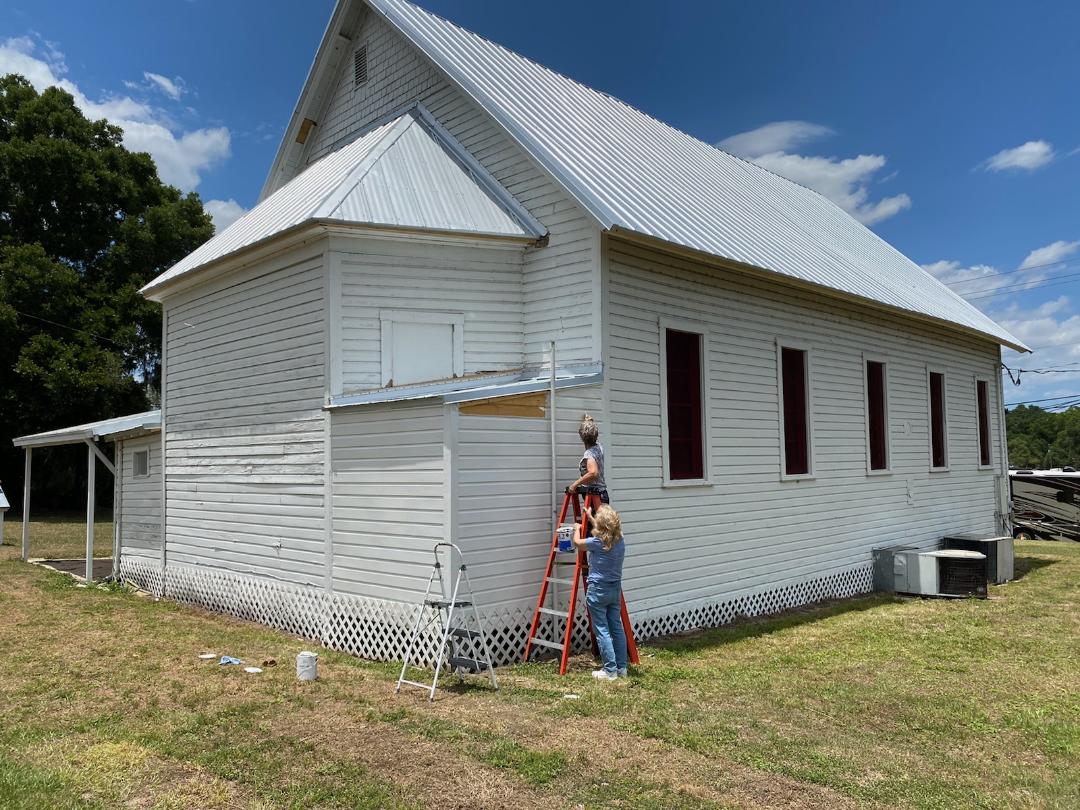 The challenge seemed insurmountable, impossible! Faith that the roof would be replaced was fortified by the angelic visitation! That gave us the courage to proceed. We had TRIED to get a roofer to even give us an estimate of repair or replacement in the past, but NONE would do that. They did NOT want this job. Our community is booming with new construction everywhere, and they can pick and choose jobs, and this one was NOT on their list at all. Too high, too old, too hard, too many potential complications, too dangerous. They would NOT accept this work until the time was right. GOD’s TIMING. 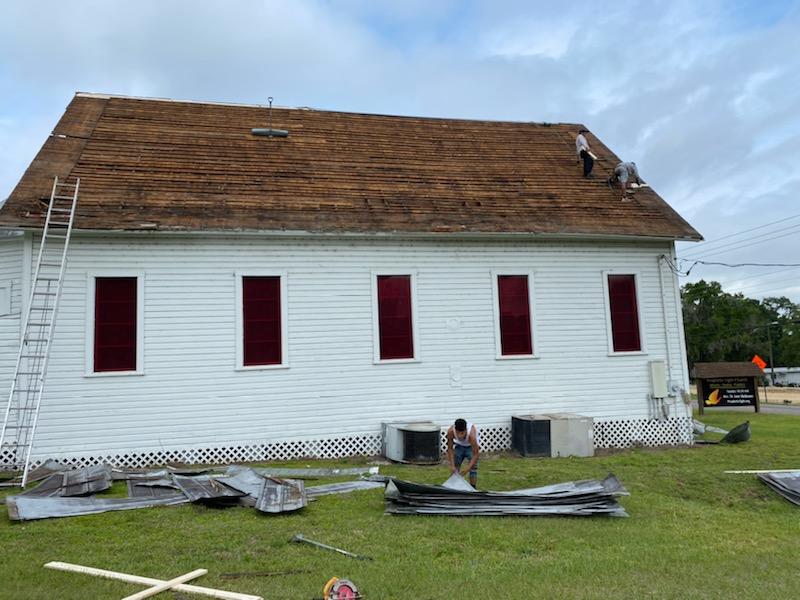 The roofer, Mike, came himself to see the church. HE LOVES historic sites, and felt it was a privilege to take on this particular challenge. He said, “It isn’t every day that you have the opportunity to help restore a building that is over 130 years old.” He WANTED the job when others ran from it. But he held his breath, as we all did, when he went into the attic to check on the structure. He did NOT know what he would find. Would the trusses be rotted or eaten up with termites? Would there be enough GOOD wood under the existing original roof to support any NEW one? We all prayed. When he emerged, he had a look of relief on his face. He could NOT believe how well preserved the church was. Yes, they would have to replace wood, but NOTHING even near what he thought he might find. He indicated that he might have had to tell us that the roof could not be redone, because of NOTHING solid to attach it too. Then we faced the permit and county codes. HE handled it. As he spoke to the HEAD of the department, he indicated that we needed cooperation with the county. It was an old building, and if they were too strict, the community would LOSE this historic sight, because we just did NOT have the budget to meet such demands.

THE ROOF IS COMPLETE! WE PASSED INSPECTION! IT IS A MIRACLE FROM THE BEGINNING TO THE END. IT HAD TO BE GOD!

No way was this easy, and we could NOT have done it without GOD and without YOUR HELP AND SUPPORT.  You are part of this miracle of restoration! We cannot thank you enough for your prayers and support. 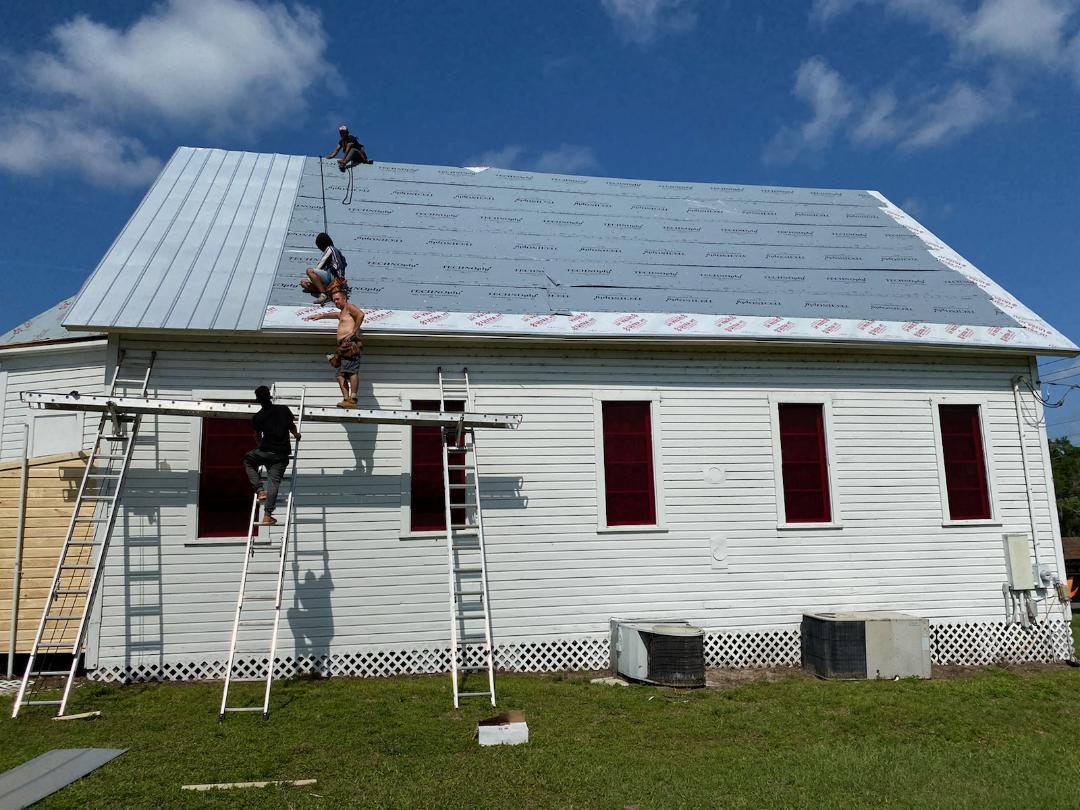 This church itself is a prophetic sign. As the LORD has spoken, “Behold, I make all things new,” He did not exclude you! He will revive, restore, renew YOU! He will do the impossible. He will fix the unfixable. It does NOT matter how long you have waited, how difficult it may seem.

NEW IS NEW, and NEW IS FOR YOU! God is concerned about the physical base of Prophetic LIGHT, as HE indicated that it belonged to HIM. HE is concerned about each of you that are a temple of GOD, a temple of the HOLY SPIRIT. His desire is to heal, repair, revive, restore, renew! HE WILL DO IT, because YOU BELONG TO HIM!!!!! You are more important to him than a building! 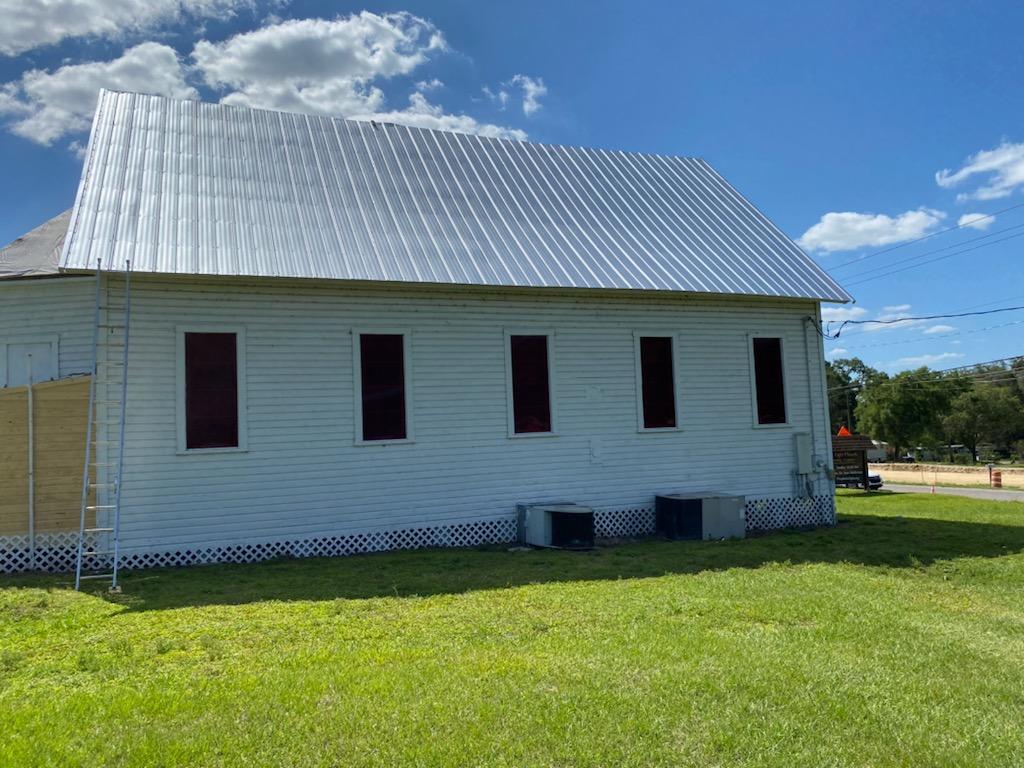 As God gave the instructions to Moses to build a temporary tabernacle in the wilderness, He wanted it to be beautiful. IT was ONLY A TENT, but He would dwell there in their midst, right there in no man’s land. It was portable, movable, flexible, yet had to fit his design. He anointed workers to do all the physical labor and gave the measurements for it and every fixture. He gave the blueprint to David for his son, SOLOMON to build the temple, and later to Ezekiel. None of them exist now. All were for time, but GOD cared about them. He cares about this church base of Prophetic LIGHT.  He cares about YOU and your earthly tabernacle that hosts the SPIRIT OF GOD! HE dwells in you! 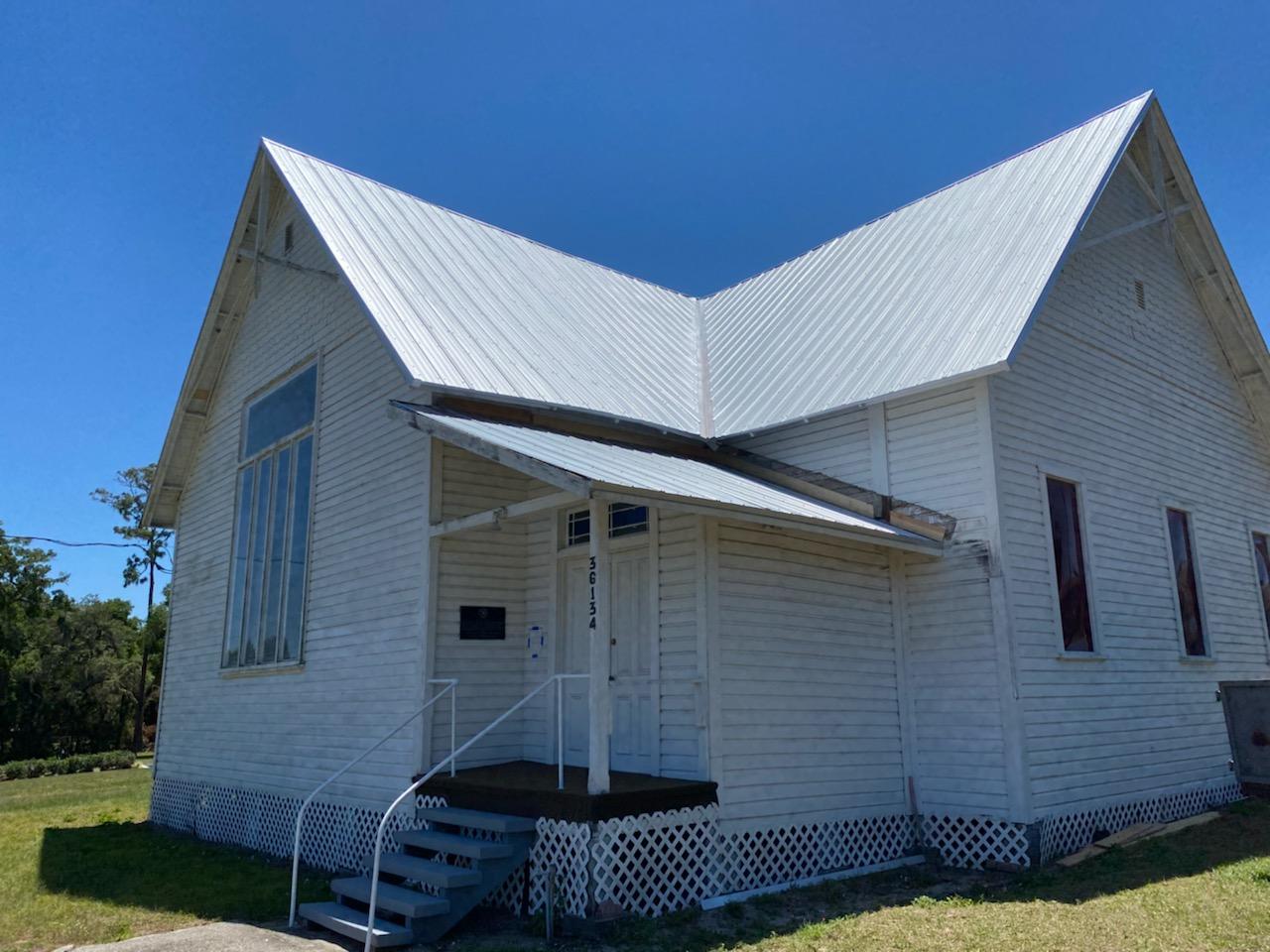 Today, as we have begun from the top, we are greatly aware that this is only phase one of our restoration project. Bad siding has to be replaced. The church must be repainted. The foundation has to be fixed. Work has to be done on the interior. Believe me, we have endeavored to keep this place intact for 32 years! NOW WE ARE OLD! I could get up four steps on the ladder to paint, but that is all! I was shaky! My sister held the ladder, and asked me to COME DOWN! But the corner is painted that had the wood replaced.

Thank you again for your much needed support and help in the roof replacement and this restoration project that is in process. Together we can rise and build, and prepare this place to host a mighty move of GOD that He already told me was coming! GOD BLESS YOU, and MAKE ALL THINGS NEW FOR YOU as you entrust your life and destiny to Him. Prophet June Sheltrown

I Will Not Withhold Anything Good From You

How to Overcome Message