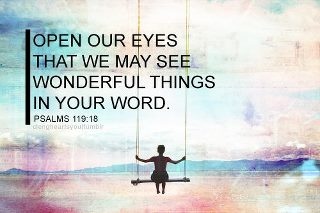 The former things will pass away, and the new for you will be manifest, as you look ahead with expectation, and trust that new is better, even as light is better than darkness, says the LORD. For your destiny is not what was, but what will be. Today is just a stepping stone in the right direction as you forget those things that are behind you. They are dark, because they are DONE. They are dead and buried in the sea of your history and cannot be resurrected. You do no need dust and ashes of the past that are lifeless and futile. The path that is before you is well-lit, and what is behind you is darkness. Even as the dawning of a new day brings light, so shall it be with you, says the LORD.

Walk in the light of the new, and leave the past things that only disturb you, frustrate you, as you pour over them, wishing for them be different, says the LORD. The different things are ahead of you, and I will open the doors for you that you will have in a new season that awaits, as you willingly shake off the distractions that are vying for your attention and desiring to entrap you in what is no longer relevant to you for today or the future, says the Lord.

33 Responses to Look Ahead With Expectation