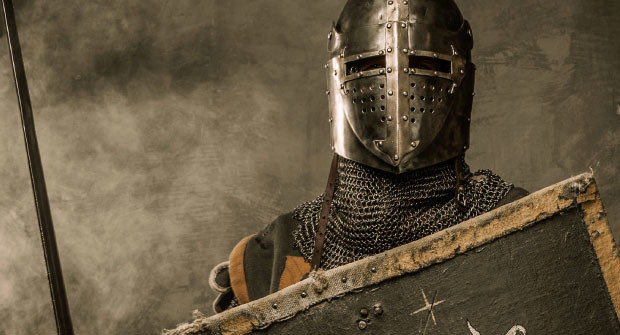 Be bold and strong in Me, says the LORD. For I AM the LION OF JUDAH, that is with you and IN YOU! My roar is greater than the roar of the enemy. He is a mere meow in comparison to MY thunderous voice. Lift up YOUR VOICE like a trumpet and know what it is to be vigilant. For that is NOT an option, but a command.
I Am raising up an army of ready warriors that will not cower, not turn back, will not be PUSHED BACK, and will not break rank! They will VIOLENTLY enforce My kingdom on earth as it is in heaven, says the LORD.

Put on MY Armor, and man your stations, says the LORD. This is not a time to feast, but a time to fight and a time to be an enforcer. Nothing is done by complacency and coasting. I have already set things in motion, called My remnant warriors, equipped them for the battle, and given them superior, undefeatable weapons. They will do GREAT FEATS for ME, as they GO FORTH, fearlessly face the giants in the land, overturn the iron chariots, and do valiantly for Me and My Great NAME and My kingdom, says the LORD.

31 Responses to My Remnant Warriors