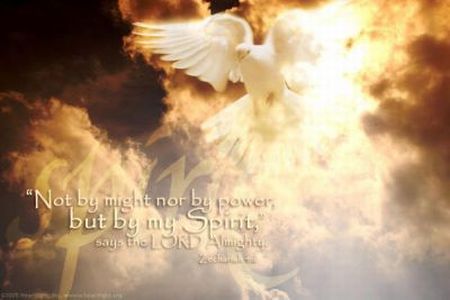 Don’t quench My Spirit that is in you, says the LORD. Let My Spirit move upon you, in you, and come forth out of you like a river of glory. I do not want My Spirit in you to be held in captivity, to be obscure, restrained, ignored or unproductive as it is held down and held back. I have given you My Spirit so that you will be empowered. I have given you My power so that you can not only overcome the enemy, but to enforce My kingdom on earth as it is in heaven, says the LORD.

Let My Spirit in you become a rushing, mighty wind, that violently opposes the winds of adversity, as it counters them with a greater force, says the LORD. Power is power, and what I have given you is not to be ignored or squelched. You do not need to try to control the fire of My Spirit and My Word in you, but let it be poured out of you in an unrestrained way. For I have given you power to be a witness and that power has purpose to win the lost, reach the oppressed, and set the captive free. Never be ashamed of My Holy Spirit in you, but let My Spirit control you, and lead you and work in you and come forth out of you in the river of Life that I intended it to do, so that you will do the Work that I have given you to do, in power, authority, and anointing, by MY SPIRIT, says the LORD.