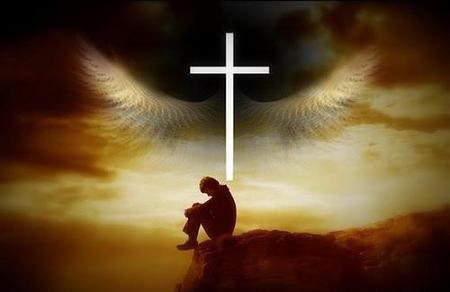 For Those Who Suffer, by Prophet June Reinke

The element of suffering for a higher anointing is not taught. If you suffer with Him you will reign with Him. I preached this today on spot in my church and see this is appropriate for you. If you want to go higher, you must go lower. The element of suffering has refining in it. The fiery trials refines, not defines you. No suffering, no reigning.

I will share that I have my doctorate and could have used my degrees in the helping profession: counseling, psychology. I worked for the state in Child Welfare. But that is not what GOD wanted me to do. I could have made much money, but chose to serve the Lord instead in the ministry. I abandoned not only myself to the LORD, but forsook my career, voluntarily, to follow Him and His purpose for me.

The purpose of the LORD for you, your personal destiny, requires you to abandon yourself to Him as Jesus did: “Nevertheless, not my will but thine be done”.

Joseph spent years in slavery, bondage, prison before promotion. Daniel faced the lion’s den. The three Hebrew children thrown into the fiery furnace. Job lost his children, wealth, prestige and health. The Apostle Paul faced perils and prison before he got his head chopped off for the cause of Christ. John in Revelation was banished there on the Isle of Patmos for preaching the gospel. Steven was a martyr. Peter was hung upside-down on a cross. Should I say more?

King David had his family taken into captivity after they stole all his goods and burned his city. His men threatened to stone him to death. He wept until He could weep no more. Then He ENCOURAGED HIMSELF in the LORD. He sought the LORD. HE recovered all only to be brought into His destiny to be the King. Needless to say, there was a long ways between the call and anointing to the throne. He faced the lion and bear, the Giant Goliath, King Saul and the entire army of Israel that he once led pursued him to kill him. He was a fugitive. Lost his position, and thought to lose his life. It was a LONG TIME from Joseph’s dreams to the fulfillment. The in between was perilous and depressing and dark.

To be like Jesus? He was despised and rejected of men; a man of sorrow, acquainted with grief. He went onto his own; His own received Him NOT. His disciples abandoned Him. Father God forsook Him when He was on the cross. He fulfilled His destiny purpose.

The bible says if we are to be his disciple, we must take up our cross daily and follow Him. It is a daily cross, and the road to a miracle can be rough and long. The road to destiny can be perilous and difficult. Faith it not an easy fix or an easy out to problems, but it will become the substance of your hope if you hang onto GOD and never give up. Trust in Him and Know that He cannot and will not fail you. He will bring you into your promised land of blessing and use you for His glory if you will remain faithful as Job was, and declare: “Though He slay me, yet will I trust Him.”

Can you also be as the three Hebrew children were and refuse to bow to an idol even if it would save your life? Can you face the lion’s den by not obeying the king’s law or will you refuse to pray? Will you trust in your anointing when you have been banished from your personal seat of authority as David was? Can you trust in the darkest hour in the corner of some prison as Joseph the dreamer? Will you believe His word when your own forsake you? Will you hold onto His promises when there is no possible way?

As your back is bleeding at the midnight hour of your life, and you are held captive for doing good and following the LORD, will you sing and worship GOD? Will you be as Peter was, thanking GOD that He counted you worthy to suffer for His name?

We want to be blessed and used of GOD, and desire to have Him promote us into the Kingdom of GOD. Be assured that your faith will be tested, your destiny challenged by the enemy, and the way will seem impossible before you enter into your full destiny purpose.

Be courageous. Be a worthy warrior that honors Him in the darkest storm, the longest night, the most painful process. He is calling you to be a mighty person of valor, and honor, but to do so you MUST TAKE UP YOUR CROSS DAILY and follow Him. NO crown without a cross; no reigning in life without suffering; no greater anointing without greater cost. If you are not willing to face the cross, you will not wear the crown. For when MUCH IS GIVEN, MUCH IS REQUIRED. You are NOT an exception.

It is not what you are entitled to. It is what you have entitled to GOD. You are to present your bodies, a living sacrifice to GOD. The last time I knew, a sacrifice is not FUN. If you want to be used of GOD, then strip yourself of what you believe you own, primarily yourself, and GIVE YOURSELF to GOD, completely, unreservedly and without restriction, dictation, or demand from you. You are not your own. You have been bought with a price. You must DENY YOURSELF and take up your cross DAILY and follow HIM if you really want to be HIS DISCIPLE. It takes courage and faith, faithfulness and endurance. It can be lonely. You can wonder why.

The answer is in the question. Why? Why did He choose you? Why does He trust you? Why did He give you promises and anoint you? WHY? Because He KNOWS the way that you take. He knows what you will become. He knows what it will take to refine you. He knows what you will do for His kingdom. He knows ahead of time who He can trust and who will trust in Him at all times. It is up to you in whom you will serve. Choose this day whom you will serve (Joshua said), means you choose daily whom you will serve. Will it be yourself, someone else you idolize, or will you choose to serve the LORD. For everyday, to do so you will need to deny yourself. You will need to die daily to self as the Apostle Paul did, and you will have to pick up that old, rugged cross, and follow Him. Are you trustworthy? Choose.

This is what the LORD gave me for those who are suffering and waiting. Wait patiently on Him. Trust In Him. He will bring it to pass (Psalm 37).

Encourage yourself in the LORD when nothing is going your way, Sing onto the LORD in your midnight hour. Trust Him at all times. Endure hardness as a good soldier in Him. Promotion and promise and provision await the whosoever that will come………..

It is light affliction compared to the glory to come. Promotion is not for wimps and the whining, or those who turn back, but for those who will never turn back.

Look for the New that I Create

Make My Presence Your Priority