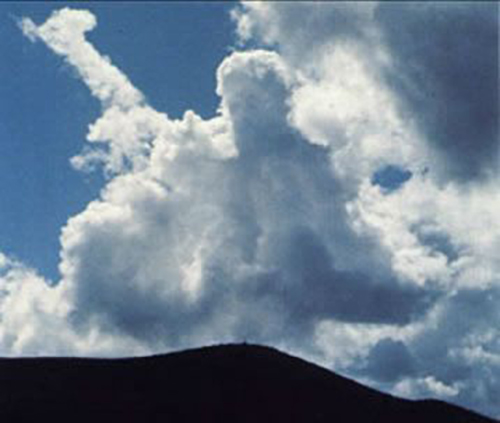 Monday, early evening, as I was riding in the car with my family members, I looked out the front window at the sky, and saw many clouds. But then in one, I saw the face of GOD. He was not smiling. I could see that He was about to release judgment and justice and righteousness and his vengeance. I could see both of his hands. His left hand was down over his body, and saw his fingers and a clenched fist! But His right arm and hand were raised. I knew that GOD’s hand was moving, He was on the scene. With the expression on His face, I knew He was was not pleased with the oppressors of His people.

I believe He was declaring WAR against the diabolical works of the enemy, and the evil doers that are only stealing, killing and destroying as they side with the arch enemy, the devil. I believe God was commanding His army to avenge many of you of your adversaries. I have never seen anything like it before in My life, but I am telling you right now, something amazing is about to happen!

I did not have my phone to take a picture of it, but this is a picture somewhat like I saw.  Prophet June Reinke

28 Responses to Avenged of Your Adversaries!