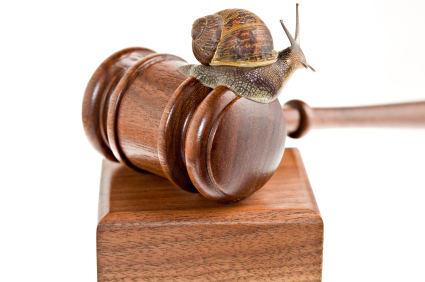 The Wheels of Justice May Turn Slow, But They Will Turn

The Wheels of Justice May Turn Slow, But they will TURN

There is an old saying, “The wheels of justice turn slowly.” Some of you have been in a battle a long time, and things do not seem to be moving progressively for you. But though the wheels of justice may be turning, ever so slow, THEY ARE TURNING! God is a God of justice, judgment and righteousness. GOD is NOT mocked. Whatsoever a person sows, that is what they will reap, and that is the LAW! WE do not have to exercise faith for a Spiritual law to be enforced. He never said, believe that a person will reap what they sow, and it will happen. NO! He said that He is not mocked. Whether you believe it or not, Justice will be served, ultimately and completely!

His truth endures forever! It cannot change with any amount of lies, manipulation or deception. He will bring every hidden thing to light. Lies will not distort or be able to penetrate the truth or destroy it. IT ENDURES forever. Jesus, who is the WAY, will make a way for you where there is no way. The life He gives you is eternal, just as the Way and the TRUTH that endures every storm of life, every assault of the wicked one. Every deception. The light of His glory will put out the darkness, for darkness cannot defeat light.

Your setback is your set-up. The children of Israel were delivered out of Egyptian bondage, and went out with a high hand. But shortly after, they saw Pharaoh’s army hotly pursuing them on chariots! They were trapped, with the Red Sea before them, the garrisons on one side, impassible rough terrain on the other. THEY could not go to the left or right, backwards or forward, and it was a huge set-back for them! But GOD purposed to do this. Pharaoh would see they were trapped and PURSUE Them to destroy them. BUT THE VERY OPPOSITE HAPPENED. The sea opened, the enemy that pursued were drowned in it. It was a set-up, and GOD again delivered His people with His mighty outstretched arm.

In like manner, Your Red Sea will open, becoming a WAY for you were there was no way, you will get on the other side, taking you to your Promised Land of blessing, and the enemy will be judged, his purposes drown, and you will have the ultimate victory. Your sorrow will be turned into joy and laughter, and you will rejoice as the hand of the LORD brings you deliverance.

When you are in a vehicle and it gets stuck in the mud, and cannot move forward, what do you do? You put it in reverse to get out of the mud, keep moving backwards and then put things back into Drive, and with speed, go FORWARD, past that place where you were stuck. WE did it time and time again on the terrible roads in Africa. WE got stuck. WE tried pushing forward but often had to back up far enough to gain speed to be able to get out of that place that was keeping us from going forward. When this seems to happen, and you have to back up, briefly, you will just GAIN MOMENTUM to MOVE forward, and get past that place that was threatening you, imprisoning you, keeping you back from your destiny.

Those who claim promises and provision and protection and prosperity without being on the side of righteousness will not fool GOD. GOD cannot be bought. GOD cannot be fooled. He cannot be manipulated and He cannot be out powered. His acts are RIGHTEOUS acts, and His Kingdom is RIGHTEOUSNESS, peace and joy in the HOLY GHOST. RIGHTEOUSNESS comes first. Then there will be peace, and then the joy will come for you in the morning, though weeping endured for a night.

HOLD ON! It is not over, but when it is, you will have righteousness, peace and joy in the HOLY GHOST, for if GOD be for you, who can be against you (and prevail against you)? Nothing. No one. You may be suffering now, but that is a temporary set-back that will only bring ultimate deliverance. JUST WAIT AND SEE! FOR GOD will give you HIS RIGHTEOUSNESS, His JUDGMENT that is favorable to you as His very own, and His vindication. He will give justice and it WILL BE SERVED, although it seems like the wheels of justice are slow. THEY WILL TURN, and things will turn around for you, and YOUR SORROW will be turned into JOY before Him: unspeakable joy that is full of His glory.

Good Is My Word for You