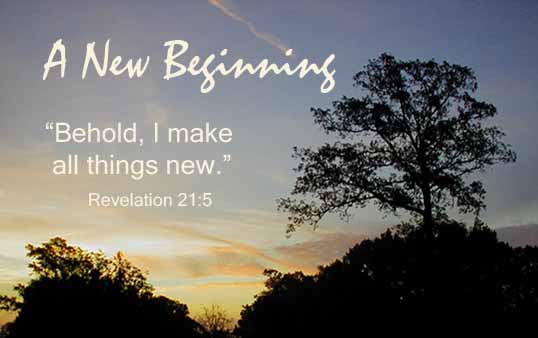 I will give you a new beginning in Me, says the LORD. Count this moment as a new season for you. I will give you beauty for the ash heap of your own life. As David of old wept at the burning of Ziglag and the loss of everything that he had, and his family that was taken into captivity, I did not restore Ziglag? NO! I restored Him. He recovered everything that the enemy had stolen and released the captives the enemy had enslaved, and I gave him a mighty victory.  He did not just recover what was violently taken from him, but he spoiled the enemy and came away with much more than he had lost. I will do the same for you, as you view the ashes and destruction, and the losses and the hopelessness you now feel, just know that I Am turning your sorrow into Joy, says the LORD.

I will restore YOU and give you more than you lost, says the LORD. The enemy will not imprison your family. They will NOT be lost, but I WILL SAVE THEM! You cannot, but I WILL! You have believed in ME, and your faith is not a vain thing, but will produce those things you have hoped for in ME. It is a living Hope and a LIVING faith that will produce tangible, living things that cannot be destroyed, detached from you or kept back from you. I will take you from the ashes of the past and give you a future that far exceeds what once was, as I promote you, turn things around for you, and give you far more than you ever asked me for, imagined, or ever visualized. I Am giving you a new beginning and those former things that have passed away will be meaningless as the ashes that you see, in the wake of the glory to come, says the LORD.